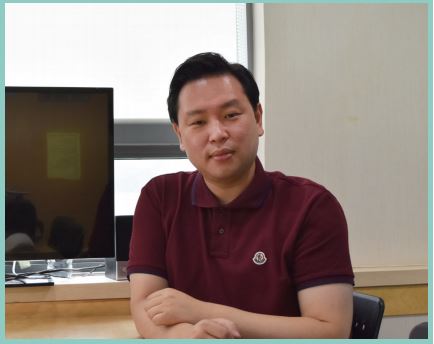 Lee Ju-Hwan, a Kookmin University (KMU) graduate school student of Industrial Design, was awarded a silver and a shortlist for the Clio Awards. Lee also won a bronze and was selected as a finalist at the New York Festivals.
The Clio Awards is a well-known advertising festival in which 19,000 works have been exhibited since 1959, when the festival was established. Along with the Cannelions (Cannes International Advertising Festival), it’s one of the world’ s top three advertising festivals. Lee’s award-winning work, “Together change better,” does something out of the ordinary: He repurposed a basic vending machine’s functions, allowing customers to donate their change. The collected proceeds were used to alleviate the suffering of people affected by water shortages, connecting with Coca-Cola’s Corporate Social Responsibility (CSR) mission.
The New York Festival is also one of the world’s top three advertising festivals. At the festival, Lee’s “It’s Finger Lickin’ Safe” won two prizes. Lee printed receipts on paper soap made from wasted oil secreted by KFC chicken.
The Kookmin Review sat down with Lee. The following are edited excerpts from the interview.

How did you come up with the ideas for the pieces included in each festival?
I came up with the Coca-Cola idea in 2014. My team and I worked with a CSR mission of retrieving coins. There were about 10 ideas, and the vending machine idea was one of them.
At the time, claw machine games were really popular. We wanted an installation that used coins and could fill the empty spaces at game centers. So, we decided a vending machine would fit just such a space since players need to drink water or soda.
My next question was “How can people donate coins through a vending machine?”. I struggled to find a solution where people could voluntarily participate, and then got the idea that they could donate their coins when the lever is lifted upward. I used this idea in a different competition in 2014, but failed, so it stayed with me for some time. I then signed up for the International Advertising Festival with this and could get a good result.  As for the KFC idea, one of the project team members mentioned wasted oil from fried chicken. While participat- ing in the advertising contest, I wondered whether we could come up with a COVID-19 related product. We noted that the most effective solution to keep consumers’ hands clean was, of course, to wash them with soap. We, then, connected this with the realization that oil can be used to create a soap, and linked this with the wasted oil idea.
At first, one member suggested making soap in the form of a chicken leg. Instead, the idea of making soap shaped a receipt with soybean oil ink sprang into my mind. After researching how to make paper soap, my team and I actually made a paper receipt. We dried it with a fan, designed, printed, and even used it when shooting a KFC promotional video. By combining the ideas of team members, we were able to complete a single idea.

Do you think the receipt soap can be implemented in daily life?
Advertising is not a product or service. It is a promotion, and we do not advertise on the streets all day. It would be great if a company invested in our idea, but we wanted to focus on a pop-up promotion at that time. This is especially true for the KFC idea. Even if the end had not been a paper-soap receipt, the main point was to recycle. We received a lot of reactions regarding how practical the idea was. Some said that they would not be able to get a refund if they use a receipt as soap. But KFC hardly gets refunds, and most are often thrown away anyway. Based on that, it would be eco-friendly and pragmatic to recycle receipts.

Can you explain the Coca-Cola vending machine’s structure in detail?
It was difficult to find a vending machine that exclusively sells Coca-Cola, so we went all the way to Gimpo and rented one at our own expense.
We then opened the vending machine to understand how it works. A coin is inserted through a slot and drops into a tin case in the machine. These coins constitute consumers’ payments, so they are also considered as the vending machine owner’s profit. We therefore needed another circuit, one that could collect those coins consumers want to donate. In total, two tin cases should be made.

You didn’t originally major in Department of Industrial Design. What made you switch? Have you always been interested in design?
No, not at all. I originally majored in Russian. I was not interested in advertising, but only in marketing and branding. These two fields are completely different, so I hardly knew what kinds of advertising contests existed.
After graduation, I began mentoring students about holding exhibitions with like-minded people. I realized that many students participate in and pay attention to advertisement exhibitions. I was tasked with giving directions as a mentor, but I was not given any official curriculum related to the advertisement. I admitted the limitation to my lesson, and to fill in my professional gaps, I went to Kookmin graduate school.
In addition, I wanted to turn my ideas into actual products using my knowledge and experience. I thought Industrial Design would allow that goal to become a reality, so I chose it as my major.
I also think the 21st century is a generation that developers and intellectual properties can play a remarkable role. I reflected on how I might best survive in the job market with a liberal arts degree and Industrial Design was the best option. These days, the distribution industry is turning into an unmanned system. In terms of User Experience (UX) and User Interface (UI), design is essential both mentally and physically. Because of this bright prospect in the future, Industrial Design again seemed the obvious choice.

While developing your projects, did you encounter any negative feelings? If so, how did you overcome them?
I honestly enjoyed the process. I had high expectations, such as "How much will I develop during this project?", "How can I make better memories with my team?" "How can I contribute to building a virtuous society?" and so on.
But I still worry occasionally. Like many, I failed a lot at first. Naturally, I lost my confidence and worried things might not go well. I felt I was walking in the dark and couldn’t see any hope. However, I did not want to give up, so I tried to objectify myself. Though it is difficult to do, uncovering why I failed and proving my shortcomings will be very helpful.

Satisfying customers’ needs is tough, which is why it’s so important to conduct market research first : How did you conduct market research?
We freely discussed the problem. We only met on a single weekend day. After our brainstorm session, each person was tasked with investigating particular companies — media, history, marketing mix, CSV, and so on.
The more work we put in, the higher the participation rate became on our team. I don’t think “just winning the contest” or “for employment” are mindsets that should be adopted during contests. The word “spec,” or qualification, is often used in this context; yet the values, experiences, and mentoring that take place while preparing for a contest are more important.
It’s regrettable that, at some point, only results-oriented qualifications are emphasized. The means are more important than the ends. Results can present themselves simply by luck; still, results are the expression of someone’s skills or ability to recognize a good opportunity.

I watched your video — it was so well-produced and professional: Did you edit the piece as a team?
That’s right. After watching Coca-Cola’s and KFC’s respective official ad campaigns, we decided to reference these videos. We wanted our video to be more aesthetic and developed. Throughout the process, design, animation, marketing, storyboarding, and narration all became important dimensions. We also designed a 3D model to improve visual
quality.
I’m so glad that each team member was able to produce good results. Both attitude and ability are important during these activities. If a team can use these well, it can yield good
results.
I think the award-winning Coca-Cola and KFC videos show a good combination of these elements. I realized that it was important to not only meet good people, but to allocate them according to their capabilities. I’m happy to have had fun working with my team members and to have made new relationships. Again, my goal was to get good results in the process.

What are your plans for the future? Are you interested in participating in another design contest?
I’d like to win a design award. If given the chance, I’d like to participate in the Cannelions.
Since I study Industrial Design, I want to put my degree to use. I also want to work on realizing my own ideas. There’s a lot I want to do — like making Coca-Cola vending machines myself and providing app services. But I need a developer: So please let me know if you know one who wants to work with me!

An Interview with Professor Sun-Ik Hwang