Editor’s Note
Happy fall semester, Kookmin Review readers! The summer vacation is over and it is time to welcome the second semester of 2017. The Kookmin review hopes that everyone had a good summer vacation and is ready to embrace school life again. Whilst everyone went off to enjoy the summer vacation, there has been some exiting news right here on our campus. The exciting news is that our school’s basketball club, KUBA has won the national amateur basketball tournament. This is a very valuable victory since the tournament was held by KUBA on our home ground, Kookmin University, and what makes this victory even more exciting is that this year’s victory has been a long-awaited one in fifteen years. So with this amazing news, the Kookmin review met with the president of KUBA, Eui-Sung Lee to hear more about the exciting news. 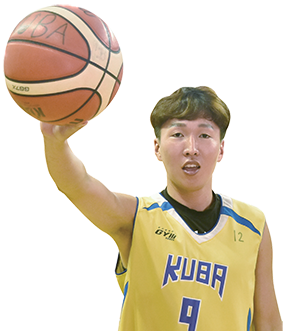 "If others saw how much effort and time we put into the preparation, they would probably not understand, because winning the tournament will not help with getting a job or anything else. And since we spent so much time on basketball, a lot of our team members had conflict with their girlfriends or family members, but at the end of the day, even if it was not basketball, I think it is always really worth it and is so memorable to have something you love to do and pour your heart into!"

Before getting into the details, KUBA stands for Kookmin University Basketball Association and it is a club included in the college of physical education. They have been around for 35 years already and currently have about thirty members. The original members of the club who already graduated, still have lots of enthusiasm and give a lot attention towards the club, making the tradition stronger. The 35th Kookmin University national basketball tournament was held for ten days from the 30th of June until July 9th and was hosted by KUBA, the winning team themselves. To elaborate about the tournaments; there are three major college-level amateur basketball tournaments. They are held by Kookmin University and Kyunggi University in the summer, and by Yonsei University in the winter break. To add, hosting this highly- anticipated tournament is the most important event that KUBA organizes. Almost all basketball clubs or people who like or are interested in amateur basketball are aware of the competition and regard it as an important event. So it is by consensus that the tournament held by KUBA is deemed prestigious by most college-level amateur basketball teams.

During the ten days of the tournament, team KUBA had to do double duty as being both the host as well as a participating team. In this particular tournament, there were a total of 32 boys and 12 girls in the participating teams and four teams were grouped to battle for the first and second places to go up to the next round. Each day of the tournament was held from 9 am to 6 pm, so you can say that this was very grueling for the host team. ‘Even though the tournament is only for ten days, the preparation leading up to the day of the competition starts from the beginning of the first semester’ said Eui-Sung Lee. The president told us that since the tournament is the biggest event for the team, they put almost all of their time and energy into hosting and training to win the tournament. The president told us that ‘the preparation process starts off with borrowing the gym and then we start announcing and advertising the event through the internet to recruit participants. However, since the event is highly awaited by most teams, they already have a sense of when the tournament will be held, so getting participations from teams is pretty easy. After the recruitment and the gathering of participation fees, we make a budget of how much we can spend on getting a professional judge, equipment, et cetera. We also have to work on getting sponsorships. Even though there was a lot of work that went into the preparation process, it was not as hard as I thought it would be because our preceding president and others who already have experience in hosting, gave me lots of advice and help’.

On top of hosting, another task for KUBA is of course, practicing to win the game since they are also participants in the tournament. ‘Normally, we practice two days a week, on Mondays and Fridays for three hours from 6 to 9 pm. However, after the semester ends and our summer break starts, we get a two-week term leading up to the tournament date, and during this period we practically live in the gym. We practice for six hours every day. To be in the best condition for the playoff, our main aim is to elevate our stamina. This is really important because the tournament is held in summer and since the gym has no air conditioning, it is really easy to get worn out. Therefore we do lots of exercises starting from the basics such as side steps and running. A funny story is that we thought that the ‘newbies’ would be the ones who would be in the best shape, but it was not the case. I did not know at the time, but I later heard that the freshmen who were not used to the heavy practice load threw up in the bathroom. Furthermore, on top of building up our stamina, we try to do practices that can help with team play. We try to be familiar with each other’s playing style so that we can read each other’s movements and coordinate accordingly. We practice up to the point where we can predict each other’s next moves, almost as if we are communicating with our bodies’ movements.

Moving on to the victorious moment; the final and last matchup. Kookmin University’s team, KUBA and team ZOO from Korea University had a dramatic and competitive match to mark the finale of the tournament. The first and second quarter of the game was a winning game for team ZOO with the score being 49 to 50, however team KUBA fiercely followed suit and turned the game around in the third quarter. At the 4th quarter, KUBA only had 28 seconds left in the game and was intending to attack using all of the 24 seconds they were given and only leave 4 seconds left in the game. At this crucial moment, because of a contact foul by the opposite team, team KUBA was awarded two free throws. One succeeding free throw would mean a tie and would lead to overtime but the success of both free throws would mean a victory for KUBA which has not happened in fifteen years. On top of that, KUBA has landed the second spot for years in a row so this moment was very gripping. Luckily Eui-Sung Lee, the president of KUBA was able to make both of the throws leading KUBA to a 15-year-awaited victory. He told us that, ‘luckily, what I am most confident and good at, is making free throws. When I was making the shot, I did not feel any anxiety or feel panicky since I was so into the game. The first shot was a success so that really calmed me down to be more clear-headed but the second shot was not a clean one and could have been a miss since it rebounded a little on the ring but thankfully it went in’. Overall, the play-off was an extremely gripping one and KUBA was awarded first place in the tournament with Dong-Geun Yang, Ji-Hoon Ham and Goo-Young Park, who are professional basketball players from MOBIS awarding the team and also Eui-Sung Lee was named MVP as well! 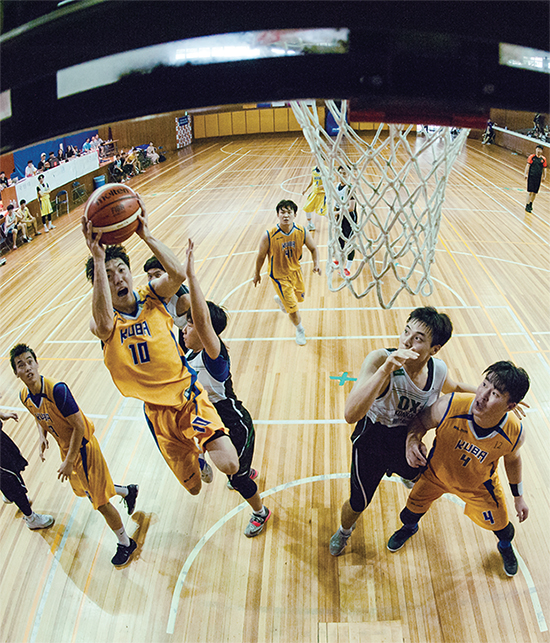 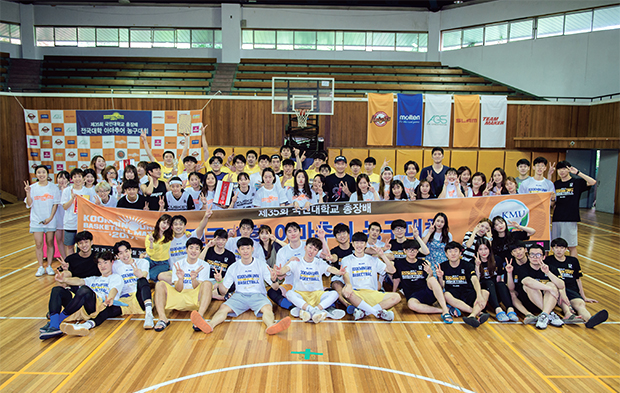