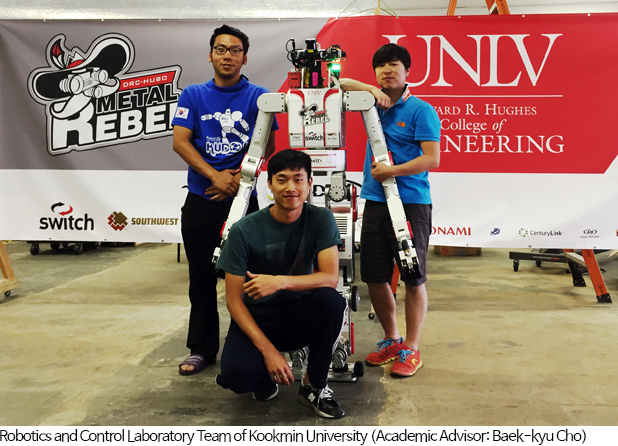 The Robotics and Control Laboratory Team of Kookmin University, led by its Academic Advisor Cho Baek Kyu, participated in the DARPA Robotics Challenge Finals 2015 held on June 5-6 in Pomona Fairplex, California, U.S.A. The united team secured the Top 8 spot among a total of 24 teams.
The DARPA Robotics Challenge (DRC) Finals was initiated by the Defense Advanced Research Projects Agency (DARPA, U.S.A.) due to the increasing necessity for robots responding to disasters, such as the Fukushima nuclear catastrophe in Japan. The first DRC Finals was held in Florida in December 2013 with the top eight teams that passed the DRC Trials. Korean and Japanese teams participated in the DRC Finals as requested by the U.S. government.
The DRC Finals is composed of eight missions that should be accomplished in disaster areas. These include vehicle driving, getting off a car, opening the door and turning a valve, drilling a wall, unexpected task, walking on rough terrain, moving by removing obstacles, and walking on stairs. These tasks should be completed in 60 minutes.
The Kookmin University team, composed of Professor Baek-kyu Cho and two graduate students namely Dong-hyeon Ahn and Ju-seong Sin, organized a united team together with the University of Nevada Las Vegas (UNLV, U.S.A.). The DRC-HUBO@UNLV team used a DRC-HUBO developed by KAIST for additional hardware development. Dong-hyeon Ahn (2nd year master’s degree student at the Department of Mechanics and Design) was in-charge of walking stability, robot operation, troubleshooting within the field, and stair mission. Ju-seong Sin (3rd year master’s degree student at the Department of Mechanics and Design) handled design including pedal design for driving mission and support for egress. On the other hand, UNLV was in-charge of overall team management, system integration, video production, and manipulation. 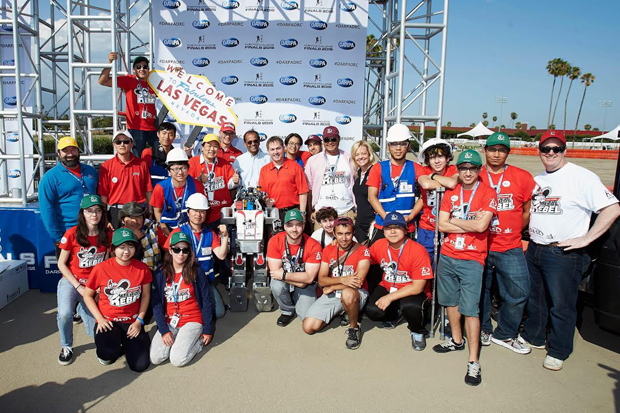 Furthermore, the Kookmin University team served important roles as field members in the competition site where robots were operated. Their spirit of team cooperation paved the way for effective mission execution. They were able to handle urgent situations during the robots’ mission execution and communicate well with the Operation Control Unit (OPU, where the robots were controlled).

The Kookmin University team secured the Top 8 position in the world’s biggest robot competition, the DARPA Robotics Challenge Finals 2015. The Kookmin team was able to defeat five teams from Japan, a force to reckon with in the field of robotics, so its accomplishment was really significant and commendable. 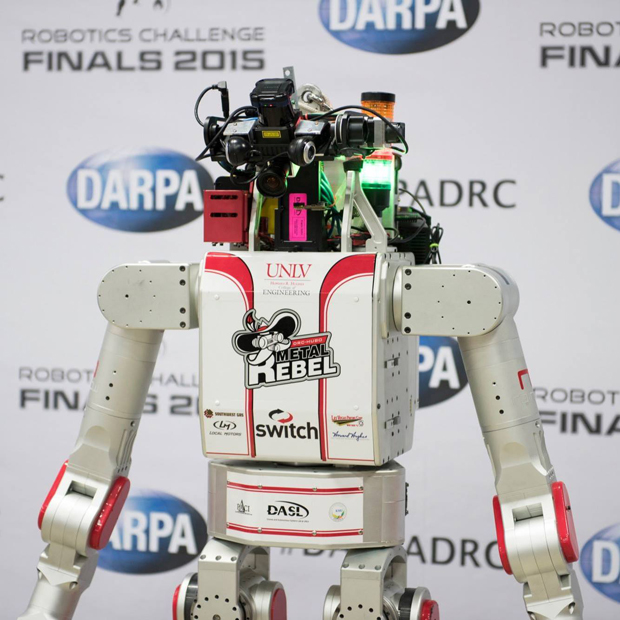