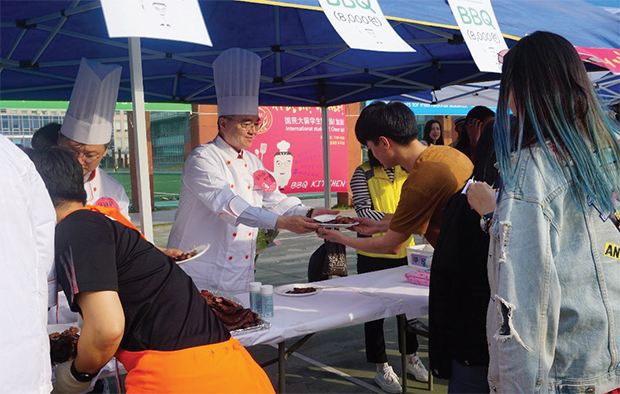 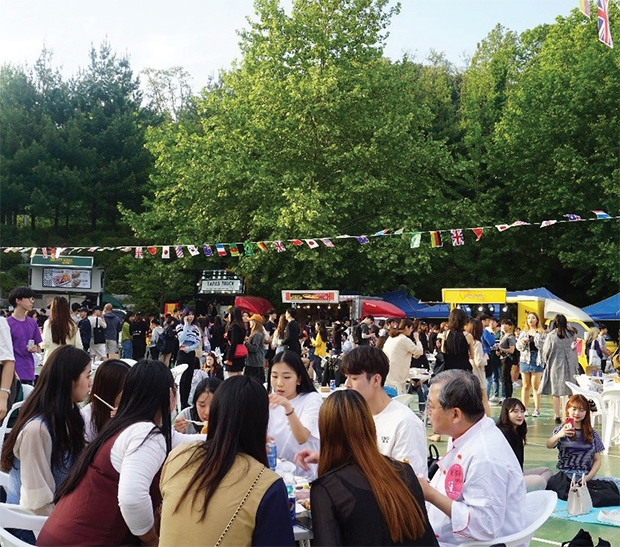 The KMU president and faculty became chefs and provided barbecue such as lamb skewers, beef, and sausages to students. There were also a number of food trucks serving different foods like grilled chicken skewers and stir-fried noodles, as well as beverages. International students received coupons for food at the CISS, visited the event, exchanged their coupons for barbecue, and other foods and enjoyed the event. During the event, K-pop dance and busking were also performed. KMU’s dance club, “Busta,” and a group of international students performed K-pop dance, and KMU’s bands “December” and “Magenta” performed.

There was also a lottery event to draw in some lucky winners: the international students drew lottery tickets when they received their coupons and those whose numbers selected received gifts.