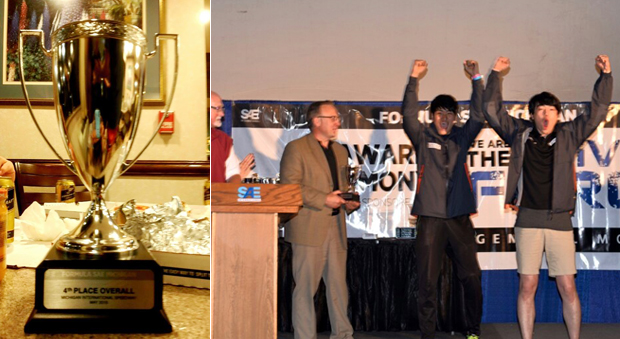 The automotive engineers’ club of Kookmin University, KORA (abbreviation of KOokmin Racing), held an on-campus ceremony on April 22nd and traveled to Brooklyn, Michigan, USA to participate in the Formula SAE Michigan. This event was held at the Michigan International Speedway from 13th to 16th of May. KORA demonstrated the capability of Kookmin University by achieving an all-time high record, emerging as the world’s Top 4 and Asia’s Top 1.

SAE was previously known as the Society of Automotive Engineers. On the other hand, Formula SAE is a student design competition organized by SAE International. It is a time-honored international competition of small formula-style race cars directly designed and made by college students around the world. The competition was first held in 1981 and a total of seven categories are evaluated: ‘Cost, Presentation, Design, Acceleration, Skid pad, Autocross, Endurance, and Efficiency.’ In the Michigan competition, 115 teams from all over the world participated including KORA’s F-15 race car No. 53. In the race, it specifically received favorable scores in the ‘Cost, Skid pad, Endurance, and Efficiency’ categories. By earning a total of 760.5 points, KORA’s F-15 was ranked as the world’s Top 4. 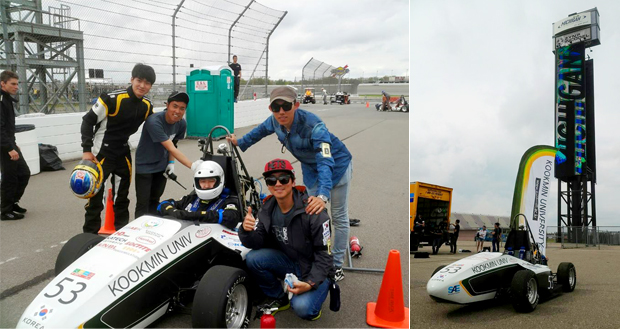 According to the KORA team, the ‘F-15’ car was installed with many more measuring instruments as compared to existing cars in order to improve its degree of completion. In addition, analysis and monitoring of simulation results were made possible during the F-15’s design and production stages.

KORA has consistently participated in F-SAE events. In 2009, it already achieved a high ranking as the world’s Top 10 and Asia’s Top 1. It continued to reap outstanding achievement by securing the world’s Top 4 spot and Asia’s Top 1 spot in 2015. Kookmin University established the College of Automotive Engineering and it is the first and only institution that operates the Graduate School of Automotive Engineering in Korea. Many research studies are being conducted by the college that specializes in ‘automobiles.’ Based on experiences, know-how, and research achievements at present, it was able to successfully create ‘F-15.’ ‘F-15’ was highly evaluated not only because of its driving performance, but also because of its vehicle design, production, and overall performance.

Jin-su Kim of the Graduate School of Automotive Engineering (Class of 2013, College of Automotive Engineering) shared the joy of winning in the Formula SAE competition through his Facebook account by posting, “Oh… Something happened. We achieved the world’s Top 4 spot. I am so happy and overwhelmed to let the world know about the capabilities and good name of Kookmin University. When the high rank teams maintained the range of 160 kg in Monocoque, we maintained 208 kg of vehicle weight with no wing. With this feat, we were able to rank along with the world class teams. I express my heartfelt gratitude to all members of F-15 team, my friends, and my juniors. I am very satisfied as our very own Kookmin University became the focus of the audience.”

Professor Woong-chul Choi of the Graduate School of Automotive Engineering instructed the production of ‘F-15’ and participated in the competition as the KORA team leader. He said, “The ability to design and produce automobile together with Kookmin University students is already at the global level. With our accumulated knowledge and experiences, we were able to consistently achieve excellent results.”

It is expected that more splendid achievements of the KORA members, who will be the leaders of the automobile industry in Korea, will be witnessed in the future. 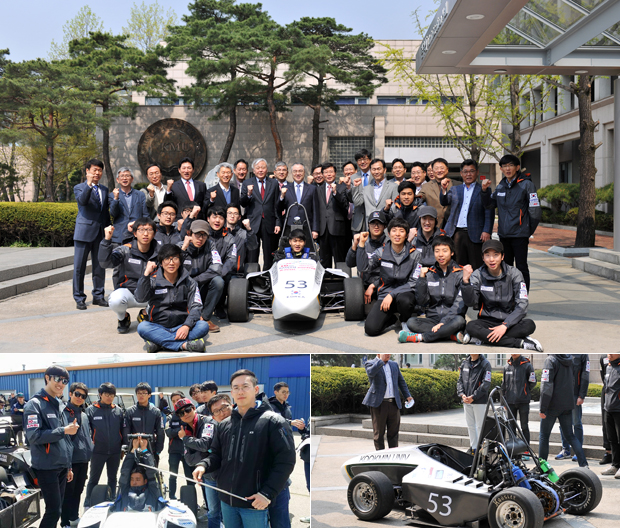