The College of Arts, successfully collaborated with Elisabeth University of Music in Japan

In this concert, the solo performance of Ja-yeong Kim and Ji-eun Sin from the doctorate course and Da-hyeon Park and Se-ri Park from the undergraduate course showed excellent performing skill under the guidance of Professor Sun-hyung Lee in the Department of Piano in Kookmin University. Through continuous ensemble concert with the students of Elisabeth University of Music, it marked a milestone for the promotion of amicable cooperation while pondering the meaning of exchange music concert. 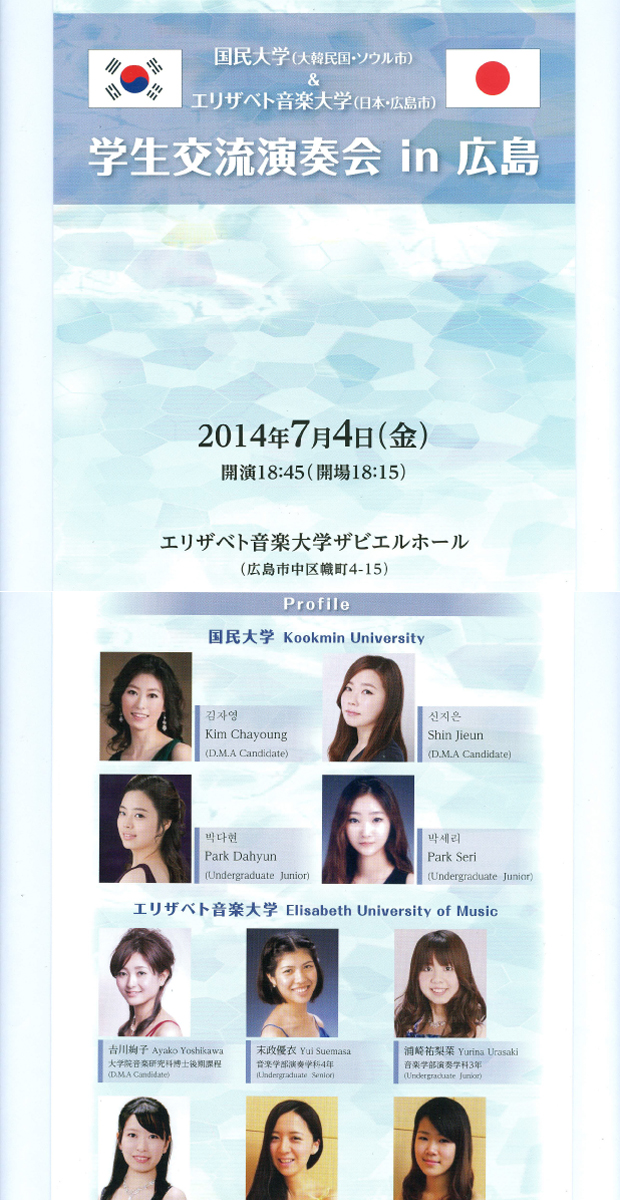